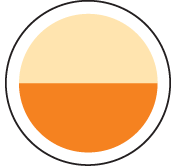 Maintain surface chemistry Precautions should be taken to avoid excessive decarburization or carburization when heating Ameralloy-7 for forging, annealing, and hardening.

Forging Preheat Ameralloy-7 at 1200°–1300°F before raising to a forging temperature of 2000°–2050°F. Discontinue forging at 1700°F and reheat rather than forge below this temperature. Ameralloy-7 is subject to decarburization and should not be held at the forging temperature longer than necessary. Following forging, cool slowly by burying in your choice of heat-insulating material to avoid cooling cracks.

Annealing Anneal in a protective atmosphere. Heat rapidly to 1500°–1550°F and hold at temperature for 1½ hours per inch of greatest thickness. To obtain best machining properties, cool slowly to 1000° then air cool. Resulting hardness will be Brinell 197 max.

Hardening To maintain surface chemistry, Ameralloy-7 should be hardened in a controlled neutral environment. Note that packing in cast-iron chips could impart a light carburized case. Unless such a case is considered desirable, make provisions for grinding it after treatment. Ameralloy-7 should be preheated at 1200°–1300°F and raised to a hardening temperature of 1725°F. Hold at temperature 1 hour per inch of greatest thickness. Thicknesses 2½” or less should be quenched in still air. Upon reaching 150°F, temper without delay.
Thicknesses of 2½–6” should be oil-quenched until black (1000°F), then cooled in air. For massive sections larger than 6” , it is advisable to oilquench until the piece reaches 150°F then temper immediately. After oil-quenched sections have cooled to room temperature, temper again to insure complete transformation.

Tempering Ameralloy-7 is normally tempered 1½ to 2 hours per inch of greatest thickness. Tempering temperature varies according to intended use. For cold-work and similar applications, a temperature of 400°F is recommended. For hot-work applications, temper at 900°–1000°F. Never temper at less than 400°F. When interrupted oil-quench (to 1000°F) or full oil-quench (150°F) has been utilized in hardening, always temper immediately. After cooling down to room temperature, temper again to insure complete transformation.

Rockwell hardness for specimens 1” round by 3” long, air hardened from 1725°F and tempered at various temperatures for 2 hours.

Carburizing During heating for hardening to increase wear resistance, for some types of tools such as master hobs, striking dies, die stamps, and forming dies it is possible to increase wear resistance of Ameralloy-7 while retaining desirable shock resistance. The best case depth for many applications is 0.010” or less. Hardness will be approximately Rc 60/62. A carburized case can be put on while heating for the hardening operation, by packing the tool in carburizing compound instead of inert material. A low activity carburizer such as wood charcoal is recommended to avoid the possibility of excessively deep or extremely high-carbon cases, which can produce “austenitic soft skin.” Avoid using cyanide cases due to brittleness.

Not sure what you are looking for? Contact Ameralloy Steel an ISO 9001 certified supplier that specializes in finding hard-to-find Stainless and Alloys. Along with our proprietary grades Amera-Braze, Durelloy, and Dura-Krome. Our knowledgeable sales team will help you find what you are looking for. With many shapes, sizes, and material grades available, we can help you find what you are looking for. The most common items stocked are Tube, Pipe, Sheet, Plate, Hex bar, Square bar, Round bar, Threaded bar, Pump Shaft, and Millimeter sizes. We offer added fabrication services. Contact us now for the current price and delivery.

Ameralloy provides engineering services for your steel products. From forging to machining and finishing, our Chicago based steel service centre will manufacture, ship, and deliver your order with unrivalled quality and service